Skepticizing the Queer Community (or Why this Blog is Misnamed) 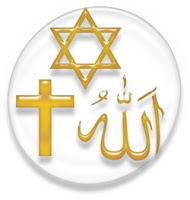 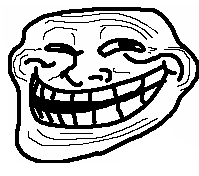 Before you balk- yeah, there are some nonreligious individuals that like to use terrible arguments along the lines of "that's not natural"/"well, that doesn't help evolution," but they're outliers in an outlier. It takes only a cursory examination of major skeptic and/or atheist organizations to see that they support the human rights of all, and make active statements of queer acceptance. This has even gotten to the point that organizations like the American Humanist Association now has an LGBT Humanist Council.

Hell, in my experience the skeptical and atheist movement has been more accepting than both my local queer community and the major LG(bt) organizations. Not only are there prominent members of the skeptical and atheist movements that are queer, but at the conferences I've attended there's been an abundance of talk about inclusiveness-- If not in the actual content of speeches, then in the awesome attendee conversations that occur throughout. 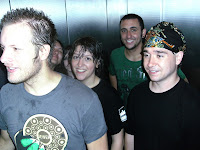 Not only have the people been in general more accepting, but they are also more than willing to discuss issues of privilege that turn many off of discussion. And this acceptance doesn't end at the LG part of LGBT-- I've recieved so much more acceptance and discussion of trans issues through the skeptical community than I could ever expect from the somewhat vacuous LGBT student group on my campus.

So it always comes off as interesting to me that I see so much of the queer movement clinging to religion. Not just to religion in general, but specifically to religions that inherently hate them. 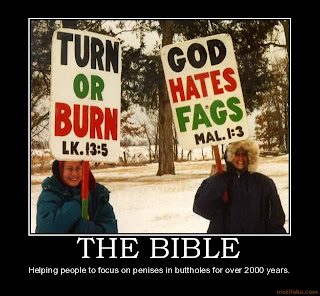 Now sure, the level of acceptance in Christianity is going up but it comes off as really empty, because that doesn't address the fact that the holy book Christianity relies on has passages that demand death for homosexual behavior. Just because you've watered down your religion enough that you can say "hate the sin, love the sinner" or "those passages are outdated" doesn't mean that you don't still revere the book in some way. And by still holding it as holy in any way, you're worshipping the gun which holds the ammunition of hate. (If you don't hold it holy in any way, then goddamnit you don't have any reason to still hold onto Christianity.)

We shouldn't be pouring energy into reconciling the hate with our desires to BE. Adopting the views of the oppressor is not the way to acceptance, but the way to continue the oppression of ourselves and of any other group that the oppressor dislikes.

Instead we should turn to that which is intrinsically accepting- that which provides us effective means of countering the bullshit arguments and effective ways of examining how to address inequality. The queer community desperately needs skepticism, much more than it needs to kowtow to the religions that despise it. It needs the humanism that provides us a system of equality, rather than religion that begins from an off-kilter position of inequality and desperately chases correcting that in a selfish desire to stay relevant to modern society.

Tab
I am a 22 year old atheist transsexual that recently graduated from college in Oklahoma. I am a former president of Oklahoma State University's Oklahoma State Secular Organization (OSSO)- an affiliate of both CFI On Campus and the Secular Student Alliance.